Your Own, Personal Jesus? 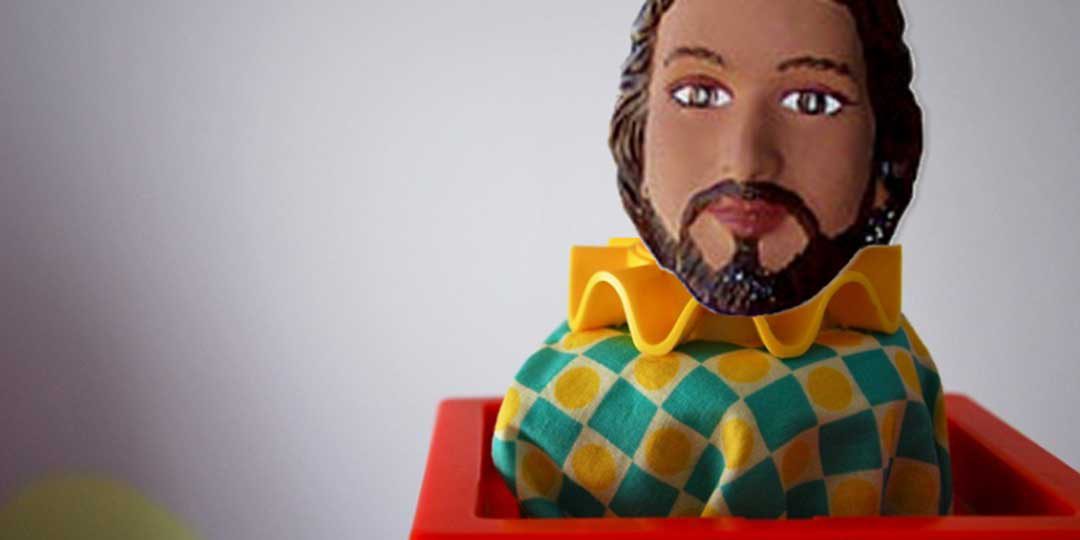 Anybody remember that Depeche Mode song from the eighties. Some thought it sacrilege. But this post isn’t really about that song, except for the similarities to a doctrine that to me is a total misrepresentation of what following the Messiah is all about.

Recently I heard a radio host tell a caller that they needed to “accept Jesus as their personal Savior”. That phrase literally made me cringe. I got this mental image of Jesus in the box – like some little windup toy to add to our collection of personal trinkets. Nothing could be further from the truth.

Jesus (Yahushua) didn’t suffer and die to become our possession. Following Him is an all or nothing commitment that involves US giving up our lives to be able to live like him. Nowhere in scripture is the phrase “personal savior” even implied. I know that many use this phrase in a very well-meaning way, but unfortunately, it’s an example of how westernized and American dream like the Christ commitment has become. Accepting and following Him is not just about muttering a quick prayer covering all the Roman road points or even just about believing He is the Son of God. The book of James reminds us that even demons believe, and tremble. That’s not enough.

Following Christ is not just about forgiveness of sin and a ticket to paradise either. It’s much more radical than that. Yahushua demanded radical commitment from those who would follow him.

Then he said to them all, “If anyone wants to become my follower, he must deny himself, take up his cross daily, and follow me. For whoever wants to save his life will lose it, but whoever loses his life for my sake will save it.

The first-century listener would have had a difficult time not connecting the phrases “take up his cross daily” and “loses his life.” Crucifixion was not rare in those days. However, our modern image of a cross is very watered down by the symbol in architecture, jewelry and even crucifixes. To that culture, the word could literally mean execution stake and was clearly associated with death, not a struggle or burden to bear, but death. To use a phrase more common in our vernacular, it’s like saying “strap into the electric chair” daily. To be His follower, one must deny himself and die (be executed) daily!

But it’s not a death or denial that is for us, individually. It’s not about us! Yahushua didn’t lay down his life to achieve something for Himself in self-martyrdom. He had one purpose for laying down His life.

To follow Yahushua, we don’t “take” Him as some sort of personal possession, but we must “take” His cross of self-denial and lose our life for His life. His command to us, His followers? GO and make disciples! Being a Messiah follower means denying self to do what He did for others, to go and make disciples. It’s putting others before ourselves, just as He did.

Instead of being motivated by selfish ambition or vanity, each of you should, in humility, be moved to treat one another as more important than yourself.

Each of you should be concerned not only about your own interests, but about the interests of others as well.

You should have the same attitude toward one another that Christ Jesus had,

who though he existed in the form of God did not regard equality with God as something to be grasped,

but emptied himself by taking on the form of a slave, by looking like other men, and by sharing in human nature.

He humbled himself, by becoming obedient to the point of death – even death on a cross!

He’s not just a personal Savior. He’s the Savior of the whole world! And we must give our life for that cause every single day in order to really follow Him.

That’s tough stuff. Denying yourself for someone else is not a very popular message. Maybe that’s why so few find it.

In everything, treat others as you would want them to treat you, for this fulfills the law and the prophets.

“Enter through the narrow gate, because the gate is wide and the way is spacious that leads to destruction, and there are many who enter through it.

But the gate is narrow and the way is difficult that leads to life, and there are few who find it.